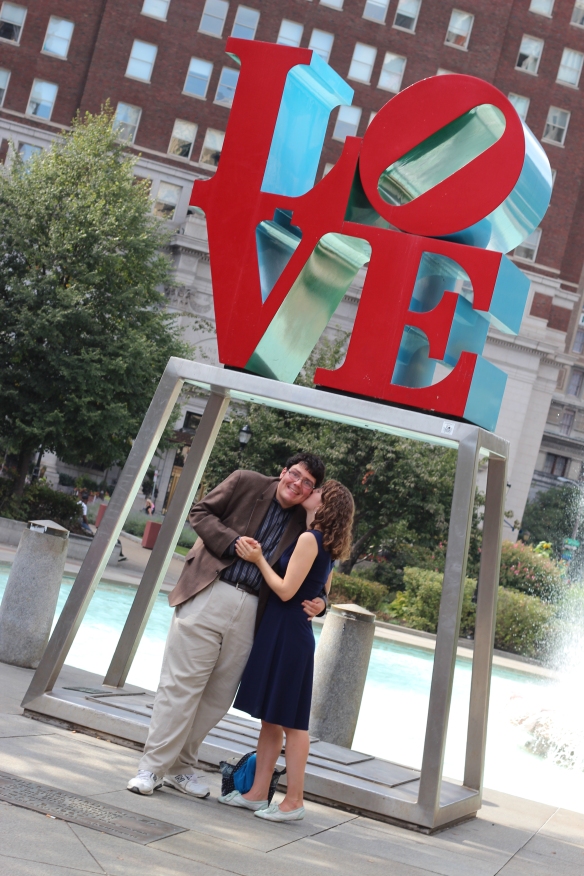 Today we’re taking a little break from recipes and instead peeking into my life. The reason being? I don’t know if you caught it in my last posts, but I just got engaged a little over two weeks ago. 😀

I took a poll of sorts on Twitter to see if people would be interested in the engagement story, and the overwhelming answer was yes. So here it is! And a few photos to boot.

As some of you might know, my now-fiancé is a PhD student down in Virginia. We try to see each other at least a couple of weekends a month, and on Friday the 13th of September, I was heading for a train out of NYC down to Virginia to visit him for the weekend.

In typical Friday the 13th fashion, I walked into Penn Station to discover that my train was indefinitely delayed. Awesome. After some arguing, negotiating, and eventually, yes, crying, I finagled my way onto the next regional train to Washington DC, where Charlie would come to pick me up instead (an extra two-hour drive each way).

So I was already a little cranky when my train pulled in around 6, and we didn’t roll into Charlottesville for dinner until around 8. We stopped to eat before heading home — nothing fancy or out of the ordinary, just an Indian place in the downtown area that looked nice.

We left the restaurant and Charlie said, “I’m not really hungry for dessert yet, are you? I think I’ve got ice cream in the fridge at home.” Sounded like a plan to me.

But when we got home and I opened the door of the apartment, I could tell something was different. Charlie has a whiteboard hanging on one if his walls, and it was covered with doodles of different things that have meaning in our relationship — a cruise ship, a V for Villanova, some silly-looking fish. And when I opened the freezer to get the ice cream I was promised, this is what I found:

I walked out of the kitchen to find Charlie with the ring box in his hand getting down on one knee and proposing. And then there was all the crying (both of us) and the making sure he wasn’t kidding (me). And of course I said yes.

And THEN I found out Charlie secretly had his computer on, recording the whole thing. So we have a version of our proposal that we can watch and that I can show to my family and all that. He thought of everything!! 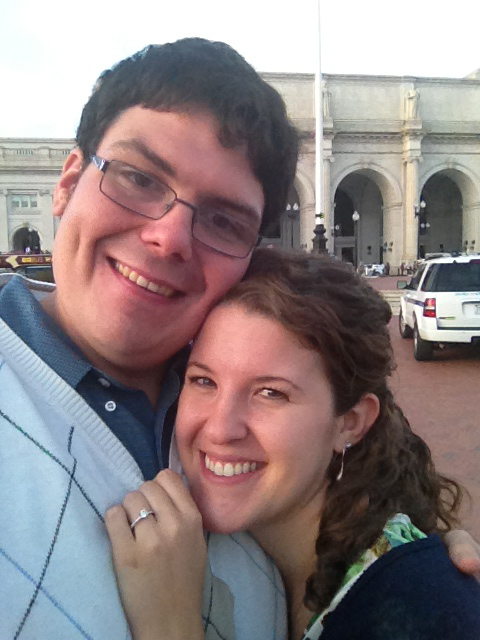 (On my way home on Sunday, newly engaged.)

Now for some of the questions I keep getting asked:

Did you know it was coming? No! Well. We’d talked about it in the abstract a fair amount, and I thought maybe it would happen when we were down on our college campus for a friend’s wedding in a few weeks. I certainly was not expecting a proposal on a random Friday the 13th!

Was the ring IN the ice cream?! Nonononono. Like I said, he thought of everything. That ice cream container had a custom blend of two of my favorite ice cream flavors. Charlie had the ring in a separate box. So I got ice cream AND a proposal!

Do you have a date? Aka the worst question ever. Not specifically. We’re thinking in the general vicinity of fall 2015.

And that’s it, pretty much! I’m still getting used to using the word “fiancé” instead of “boyfriend,” and this sparkly thing on my left hand is VERY distracting — on the subway, while I’m typing, when I fix my hair in the mirror. Sometimes I wiggle my hand just to make it glitter. 🙂

In all seriousness, though, I’m incredibly blessed and lucky to have found a guy like this. And I’m pretty darn excited to be married (?!?!?) to him and get to tell him that every single day.

10 thoughts on “Our Engagement Story”